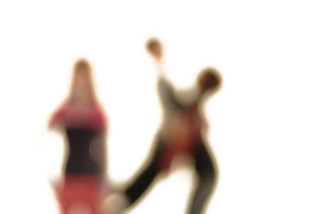 Learning that your spouse has been unfaithful creates a lot of justifiable anger, jealousy and fear. However, the power of these feelings can lead to dismissing deep and sustaining connections.

About two months ago, Peter (not his real name) came for counseling to cope with his impending divorce from his wife of more than 20 years, the mother of his two children.

“ Since I caught her cheating I haven’t slept for more than three hours. I can’t believe this is happening to me.”

Peter’s wife had taken a rare weekend away  and met a man she ended up sleeping with.

Shortly after her return Peter found an instant message the man had sent her saying that he was happy to know that he had made her feel alive again.

“She wants to divorce? ” I inquired. “ No, she doesn’t, I do,” he said.  “ Although, she has apologized for what she has put me through,  and  said it won’t ever happen again, I just  can’t stand for something like this.”

Learning that your spouse has been unfaithful creates a lot of anger, jealousy and fear.  However, these feelings can lead to obscuring  deep  and sustaining connections, prompting one to make rash decisions and irreparably  damage any opportunities a couple may have  to be intimate and passionate again.

“Do you remember the kind of passion you and your wife had at the beginning of your marriage?”

I asked my client. “ Yeah, we were great together. We had so much romantic energy”.

I asked  him  about the last few years:  “It has been mostly devoid of passion,” he admitted.

To a further question, he said he definitely missed the passion.  “Does she?” I continued.  “How should I know” he shrugged.

Incredulous, I asked him whether they ever talked about the lack of passion in their marriage. “That’s not the kind of thing we would ever talk about,” he said. “You could now,” I said.

“Why now?” “Because by her cheating and getting found out, your wife inadvertently started the long-postponed discussion about the lack of passion in your marriage,” I said. Adding to this I told him  that if he  had no intention of getting divorced before this , maybe it was  worth using this crisis to their advantage as a couple by exploring what went wrong.

It is not possible to rekindle something that never was. But in Peter’s case there had been romance and passion in his relationship with his wife and with  genuine effort  they could both recapture it.

Peter  continued to come to counseling and talk about his pain. Eventually, he and his wife sat down

and discussed why she felt the need to cheat. Furthermore, they started talking to each other about

more intimate matters that they had never before shared with each other, like sexual fantasies.

Rebuilding the bridges between them took place at the same time Peter and his wife also examined more deeply the things that connected them in the first place.

Even though their marriage seemed to have faltered over the years, this time they could say in earnest they were embracing on a new journey.